Montague “City” is a small village, which was settled by industrious German immigrants in 1792. In 1798, the Proprietors of the Upper Locks and Canals constructed a series of locks to facilitate the navigation of the Connecticut River from Hartford Connecticut to Vermont. Prior to the construction of the locks and canal, northerly commerce along the Connecticut River was limited by the falls at Turners Falls. The purpose of the canal and locks was to enable barge traffic to bypass the falls. Due to the anticipated importance of the locks system to the navigation of the river, it was initially believed that Montague City would become an important river port. The canals opened for business in 1798 and by 1800 there was regular freight traffic by boat from Long Island Sound to Brattleboro, Vermont. More locks were built at Bellows Falls in 1802 and limited navigation was eventually possible to Wells River, Vermont. For 30 years, the “proprietors” did a profitable business, collecting enough to pay their stockholders an average of 4%.

By 1830, it had become apparent that steamboats and steam locomotives were supplanting older methods of transportation. Meanwhile, large lumbering operations had sprung up along the Connecticut River. Huge booms of saw logs were continually in the river, moving south through the dangerous rapids at French King and below Great Falls (Turners Falls) interfering to such an extent with the towboats and barge business that annual warfare was waged between the log drivers and boatmen.

Declining profits and competition from the railroad ultimately led to a decision by the proprietors to sell their holdings to the newly incorporated Turners Falls Company, which under the leadership of Alvah Crocker launched their plan to develop a planned industrial community at Turners Falls. The demise of the locks and canal system ended the aspirations of Montague City to become the great city that had been originally envisioned. Although Montague City never achieved the greatness that many anticipated, it did by 1885, become famous as a home for Montague Rod and Reel, producers of world famous split bamboo fishing rods. Montague City is also reputed to be the location of the famous maple tree that inspired Joyce Kilmer to pen his renowned poem, “Trees”, on one of his many visits to the Farren Hospital.

Today, Montague City is a small, attractive residential neighborhood. It is also the location of the Farren Care Center, a facility that specializes in psychiatric care for the elderly. Montague City is also the location for one of the largest hydroelectric generating facilities in Western Massachusetts, Cabot Station. The village is also the home of the Northeast Anadromous Fish Research Center, which is operated by the U.S. Department of Fisheries and Wildlife. Although the mission of this facility is primarily research oriented, the facility does provide selected educational programming for the public. 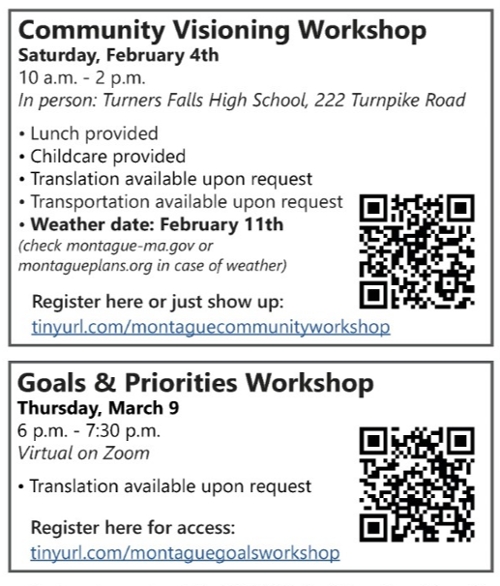