History of the Five Villages of Montague

Following is a brief history of the Town of Montague. For access to a more extensive collection, please visit the Montague Historical Society web site.

The Town of Montague, comprised of five villages, is nestled along the Connecticut River in the upper Pioneer Valley. Montague is a diverse area that is rich in history and culture that includes more than 10,000 years of early Native American habitation, as well as the Colonial and Industrial history that is embodied in the National Historic Register Districts of Montague Center and Turners Falls – a planned industrial community. The town’s landscape, 31.5 square miles, is a rare combination of rolling hills, fertile farmlands, historic mills and residential villages. It is a thriving town of 8,500 people that offers a unique mixture of business and industrial opportunities, easily accessible to Route 2 and Interstate 91. Montague is also perfectly situated among New England’s finest skiing, canoeing, hiking and biking opportunities, including the Turners Falls Bikeway. The town prides itself on a lively arts community and convenient access to the cultural resources of the “Five College Area”. Turners Falls, itself, offers a full program of recreational, cultural and entertainment events throughout the year under “RiverCulture” – an award winning program funded by its partners, the Town of Montague, and the Massachusetts Cultural Council. Turners Falls was recently described in a Boston Globe travel feature article as “historic, but not traditional; Mesozoic Era Fossils and a funky art scene share the spotlight in the progressive mill village of Turners Falls.”

Confusing to the uninitiated are the five villages, which make up the Town of Montague: Turners Falls, Montague Center, Millers Falls, Lake Pleasant and Montague City.

The Town had its origins in what is now the village of Montague Center (1754), which is no longer the town center. That distinction now belongs to Turners Falls (1868), site of the current town hall and government functions and the town’s commercial center. For most people, the name Turners Falls evokes the image of a great water fall, not unlike that which was said to exist prior to the construction of the first dam in 1792, where migrating salmon and shad were said to be so plentiful that one could walk across the river on their backs. The “Great Falls”, where for more than 10,000 years, Native American tribes – often at war with one another – would set aside their differences during the annual fish migration season and gather by the falls to share in the river’s bounty. A second dam and power canal, constructed at Turners Falls in 1866 to harness the hydropower of the Connecticut River for industrial use, put an end to the free flow of the Great Falls. Today, scientists at the Northeast Anadromous Fish Research Center and engineers at Northeast Generation are busy searching for the most effective ways to restore anadromous fish (salmon and shad) to the Connecticut River, including constructing fish ladders.

Montague City is anything but a city. It never quite achieved the success envisioned by the Dutch investors who financed the “Proprietors of the Locks and Canal” in 1798. Due to its location on the Connecticut River, the project would provide an opportunity to open up the upper reaches of the river to commerce. The strategic importance of Montague City was short lived because the advent of steam locomotives eventually rendered river transport unprofitable. Lake Pleasant, while a beautiful lake, is no longer the summer resort that achieved its fame in the late 19th century as a Mecca for spiritualists and others seeking recreation. That ended when the lake became a public water supply in the early twentieth century. Finally, the mills of Millers Falls no longer are the backbone of this village as they once were.

While Montague’s villages may not be what they once were or aspired to be, they are certainly unique in terms of history, their development patterns and the resulting diversity of historic, cultural, and recreational attractions that they have to offer. Few towns of its size can boast the existence of three, in tact, National Register Historic Districts, one featuring the town’s early colonial history (Montague Center) and the other featuring a late 19th century planned industrial community (Turners Falls) and lately Millers Falls. Visits to these districts in combination with a tour of Old Deerfield (seven miles to the south) would make for a full day for history buffs.

Montague also offers much in the way of scenic attractions, whether it be the beauty of the Connecticut River, a designated American Heritage River, at Barton Cove or along the rich, agricultural flood plains of Montague Center, or along the Connecticut River Scenic Farm Byway, where working farms and public open space provide a setting for scenic enjoyment and a variety of recreational activities. Montague is a town that values its quality of life. This is evident in the priority that it places on those resources that are important to a rich quality of life: preserving a balance between a healthy economy and a healthy environment; a knowledge of its historical roots as well as celebration of (Great Falls Discovery Center) and preservation of its historic resources, through its on-going revitalization efforts and preservation of its natural resources, including its prime agricultural lands. The Great Falls Discovery Center in Turners Falls, a DCR attraction, entice visitors to the town. These more than anything make Montague a place worth visiting. 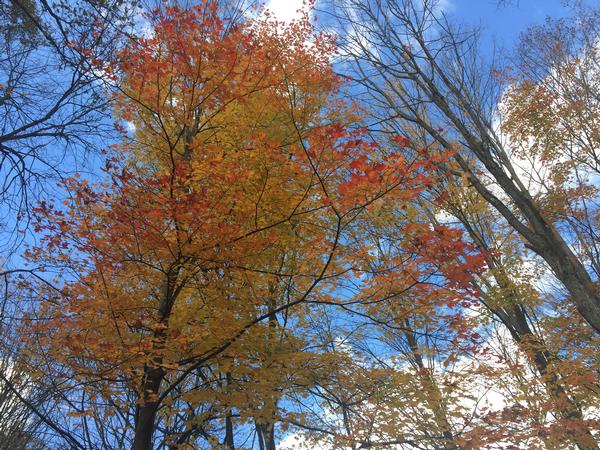