The Water Pollution Control Facility (WPCF) is a conventional secondary treatment waste activated sludge facility and is designed to treat sewage. It has the following characteristics:

BOD = the quantity of Oxygen utilized in the biochemical oxidation of organic matter under standard laboratory procedures.

TSS = the total suspended matter that floats on the surface of, or is suspended in, water, wastewater or other liquids, and which is removable by laboratory filtering. 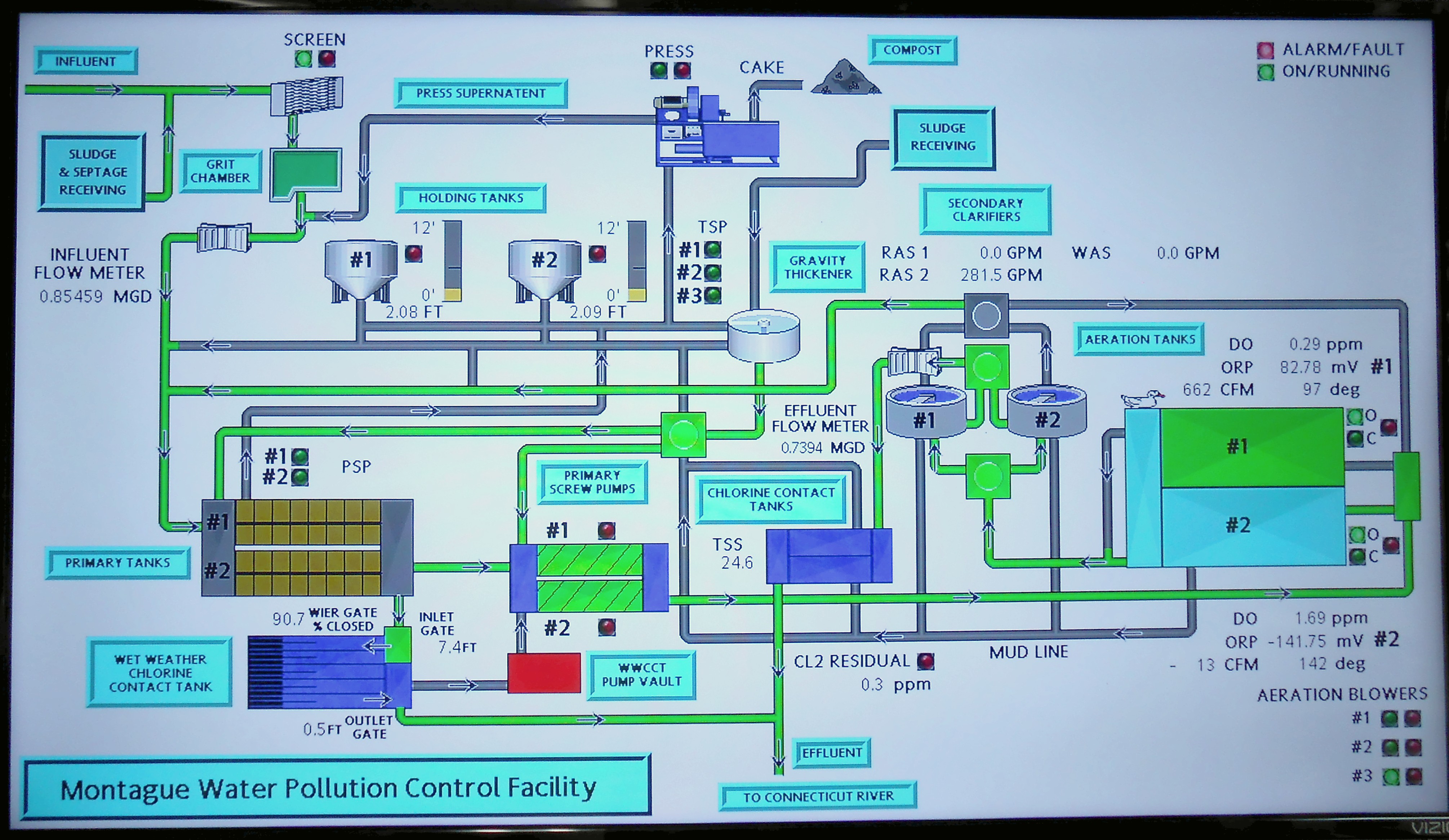 The NPDES permit requires that the facility maintain a minimum of 85 % removal of both BOD and TSS. Historical data show a removal efficiency of greater than 90%.

The WPCF services all sewered residences,commercial and industrial businesses and public buildings in each Montague village except Millers Falls. The WPCF also services the Riverside section of Gill, and accepts septage from all towns in Franklin County. Approximately 10% of the collection system remains a combined sewer system, receiving flows from catch basins as well as receiving sanitary sewerage. Treatment is ongoing 24 hours per day, 365 days per year. In addition WPCF staff operate and maintain 8 remote pump stations, 5 grinder pump stations, one diversion structure/combined sewer overflow, the Millers Falls flume and canal crossing heaters.

The production of an effluent which meets the criteria of the NPDES Permit entails several processes necessary to separate water from the waste via settling, biological treatment, preliminary, primary, secondary treatment and chlorination:

From both the primary and secondary steps, a biosolids is produced that is removed from the facility. After the biosolids are drawn from both the processes it is discharged into a circular gravity thickener, 37,700 gallons. In this tank the sludge is thickened from an estimated 1% solids to as high as a 4.5% solids. This accomplishes a reduction in the volume of liquid that contains the biosolids. This is then put into Sludge hold tanks and then to the rotary press for more dewatering. A sludge cake is produced which varies between 18-30% solids. The sludge is either shipped out or composted for reuse.

MassDOT anticipates a full reopening of the General Pierce Bridge by the end of March 2023.
Posted: Fri, Jan 13, 2023 To: General Montague News